Imagine a region in the desert, where all you can see and feel is the sand and the heat. Now let’s say you’re working in the government and this piece of desolated area has been offered to you. There is a big chance you might refuse it, right? So did the Cape Town government back in the 19th century, when the current Kolmanskop was nothing more than just a desert. All of a sudden you find out that diamonds have been found and by 1912 this unwelcome area was responsible for almost 12% of the total diamond production worldwide! That’s perhaps more devastating than attacking winger Arjen Robben (NL) missing the 1 on 1 against goalkeeper Casillas (ESP) in the extra time of the World Cup final of 2010 in (such a coincidence) South-Africa, therefore the Netherlands missing their first World Cup title… I’m glad not to be the governor of Cape Town in that time.

This desert area had been administered by Germany and turned into a small town with really nothing missing. A  hospital with 2 German doctors, a teacher, a bookkeeper, a butcher,a baker, a post office, the towns architect, mining managers and more could be found in this isolated area. The people living in Kolmanskop were wealthy enough to bring over opera singers, theater plays and gymnasts from overseas just for their entertainment. There was even electricity here at the beginning of the 20th century while there are still so many places without it in the present time. The first world war meant a break for the mining operations and after the discovery of a new diamond deposit close from the Orange River, approximately 300 km’s south of Kolmanskop, the inhabitants abandoned the place. And the sand which was cleaned daily from these interesting houses built in German architecture style, had been left up to their destiny resulting in sand taking over and turning it in to a ghost town. Now bear this background information in mind and please take a close look at what was once ‘alive’ : 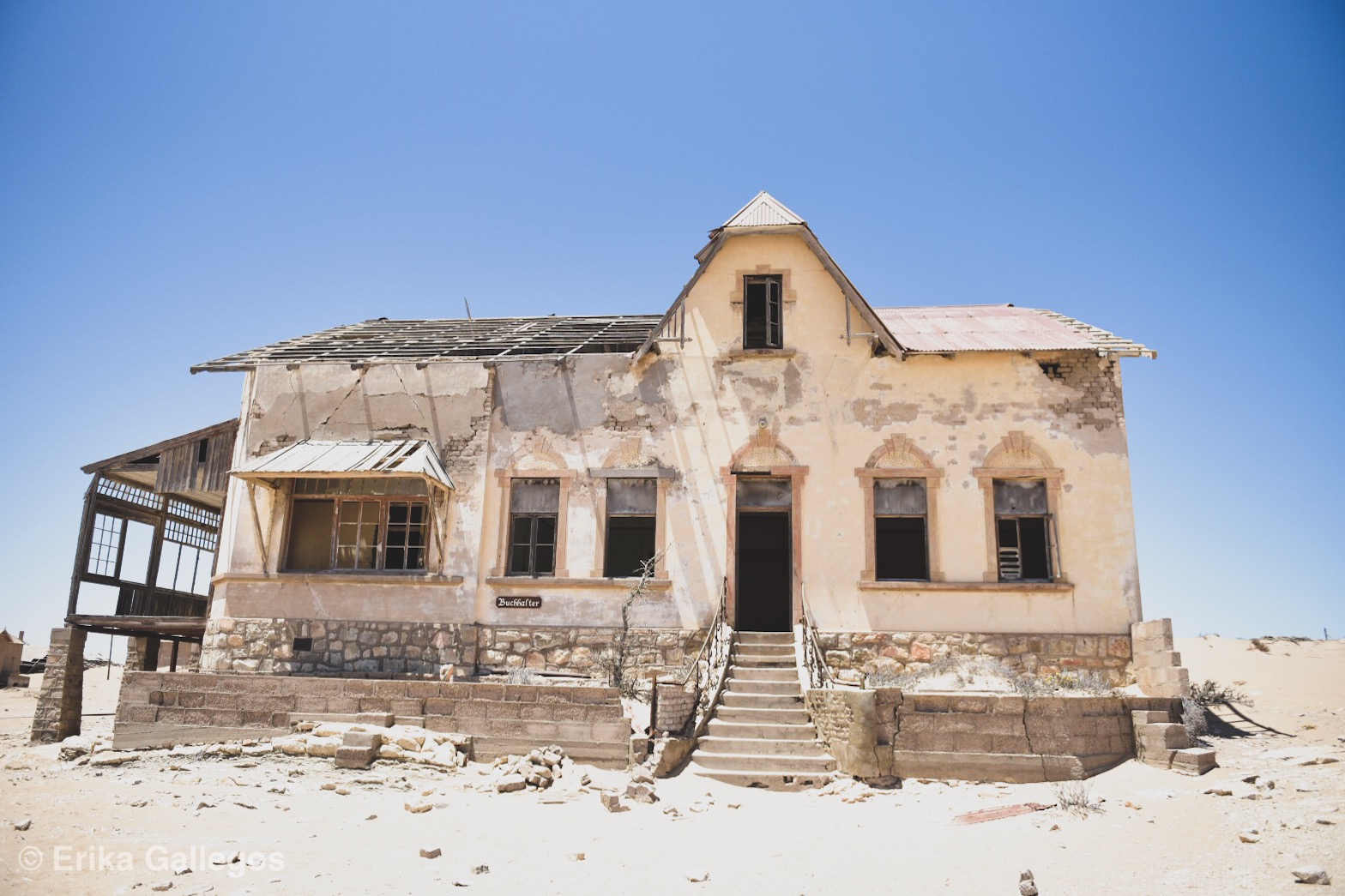 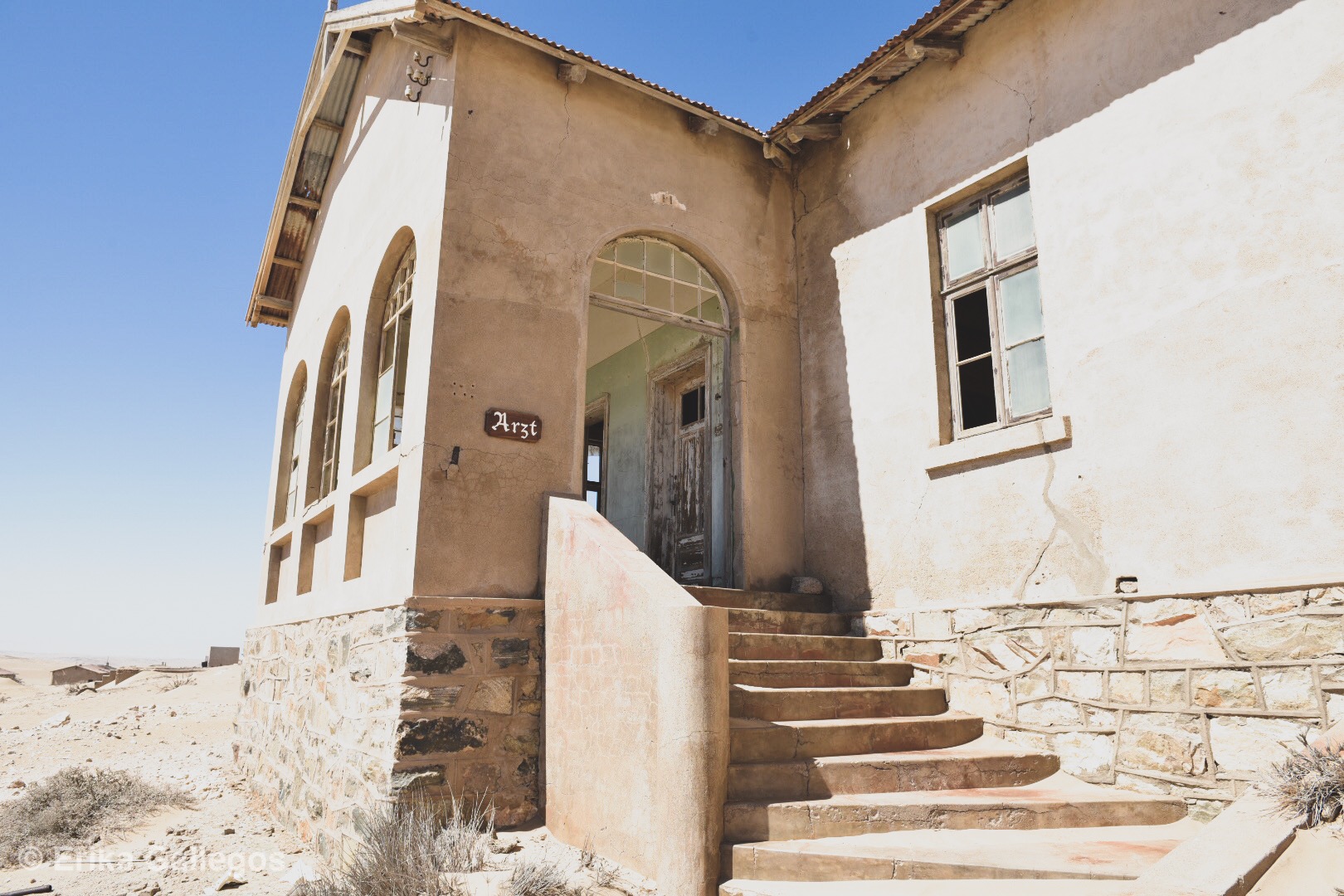 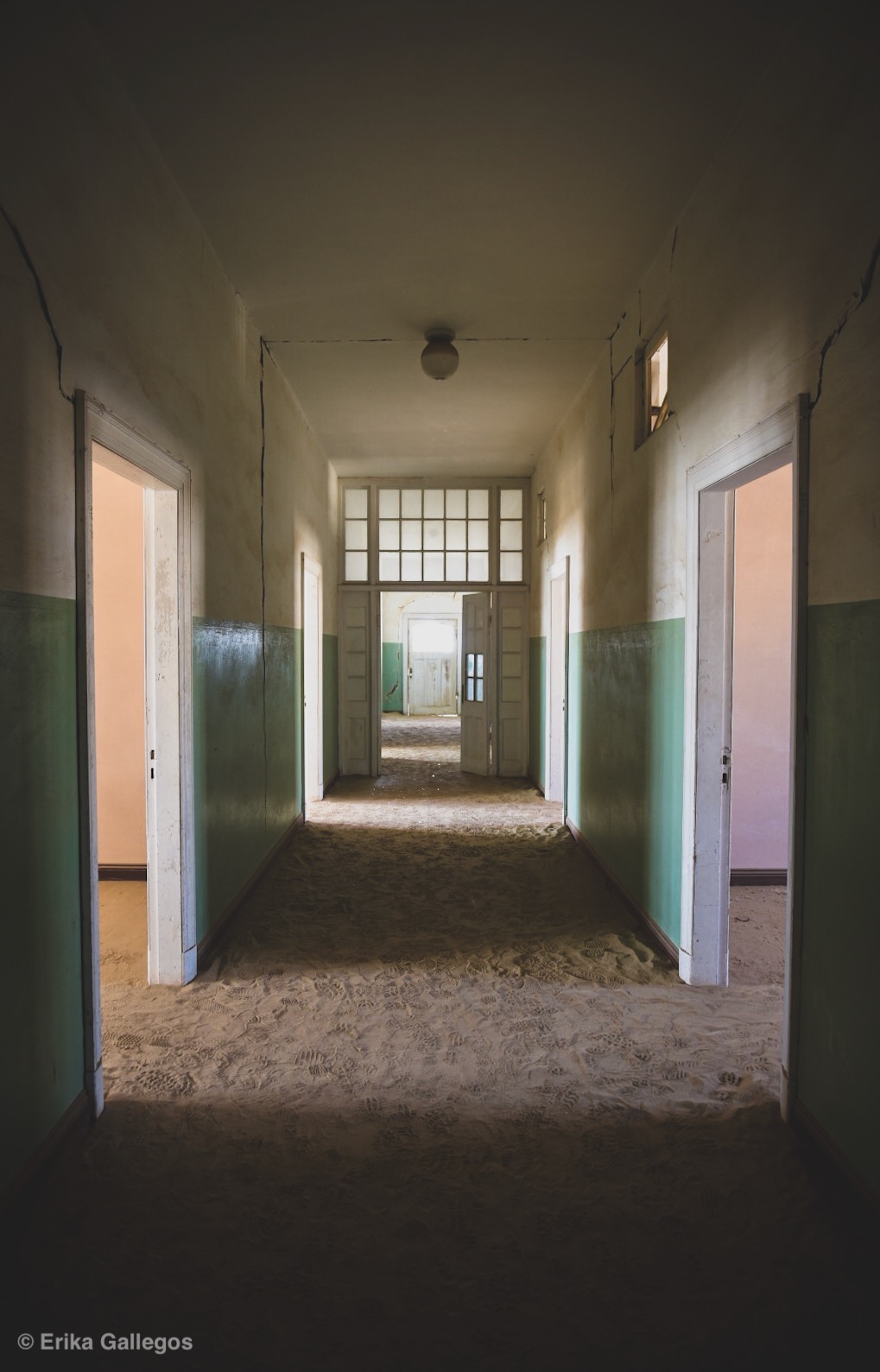 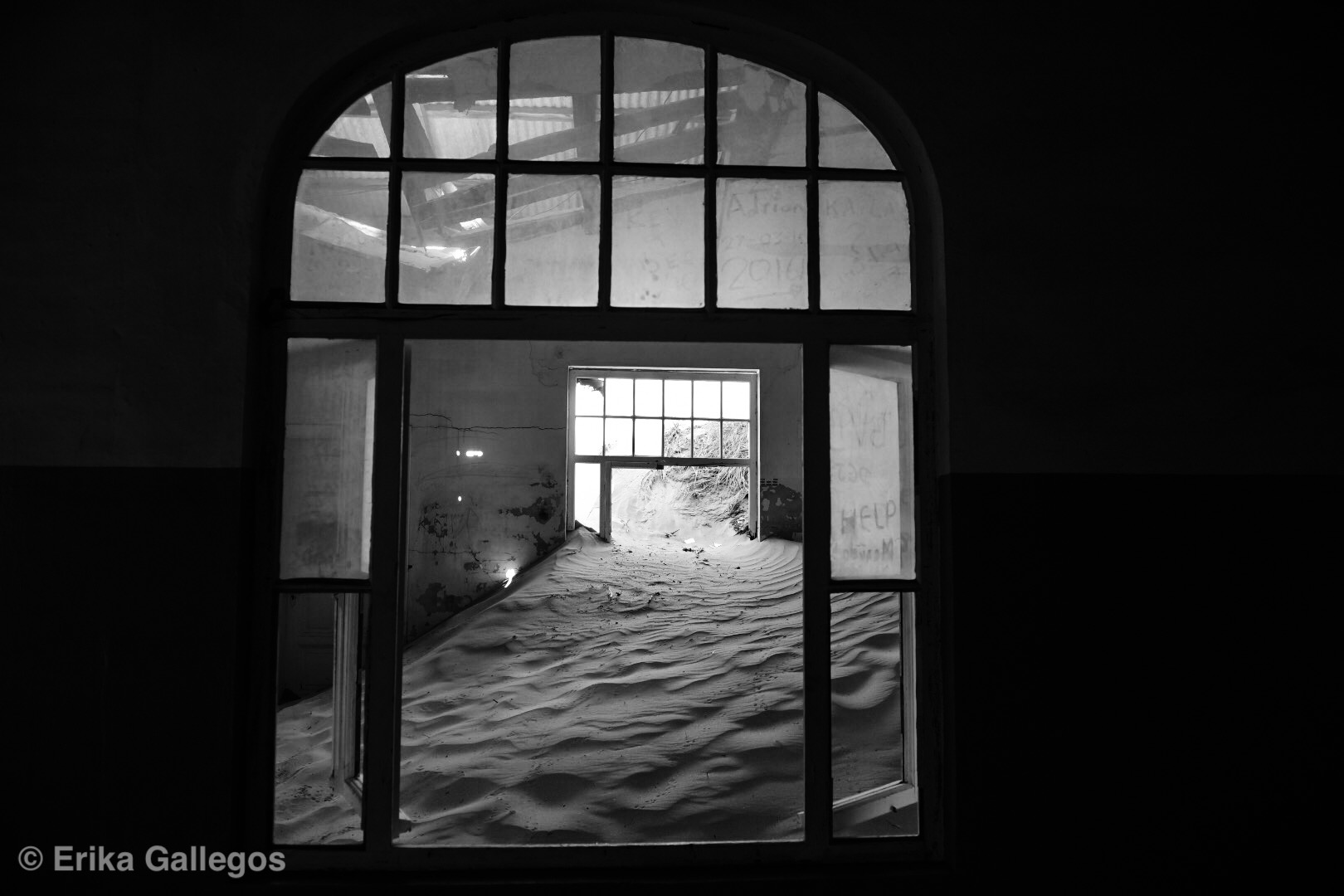 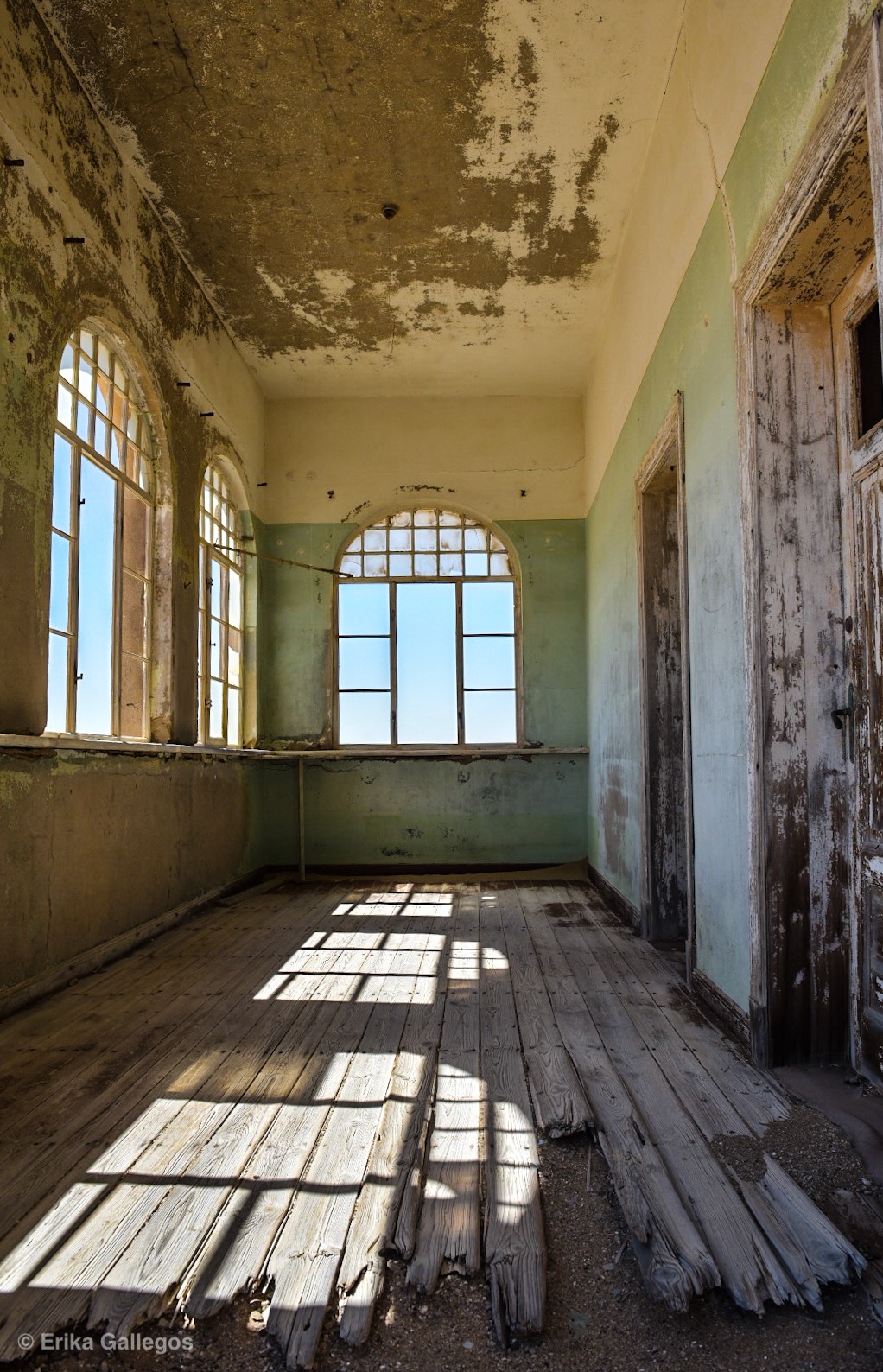 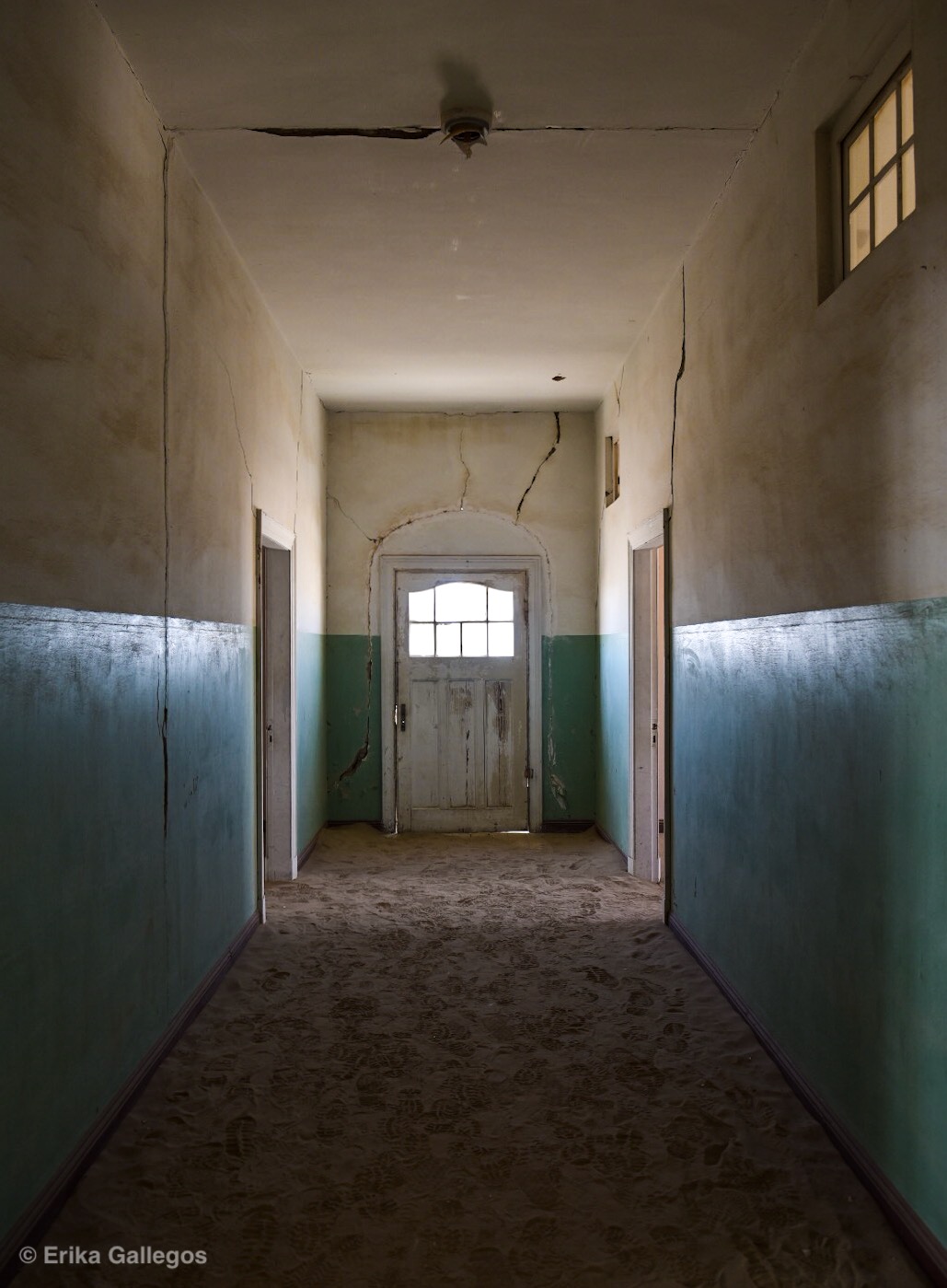 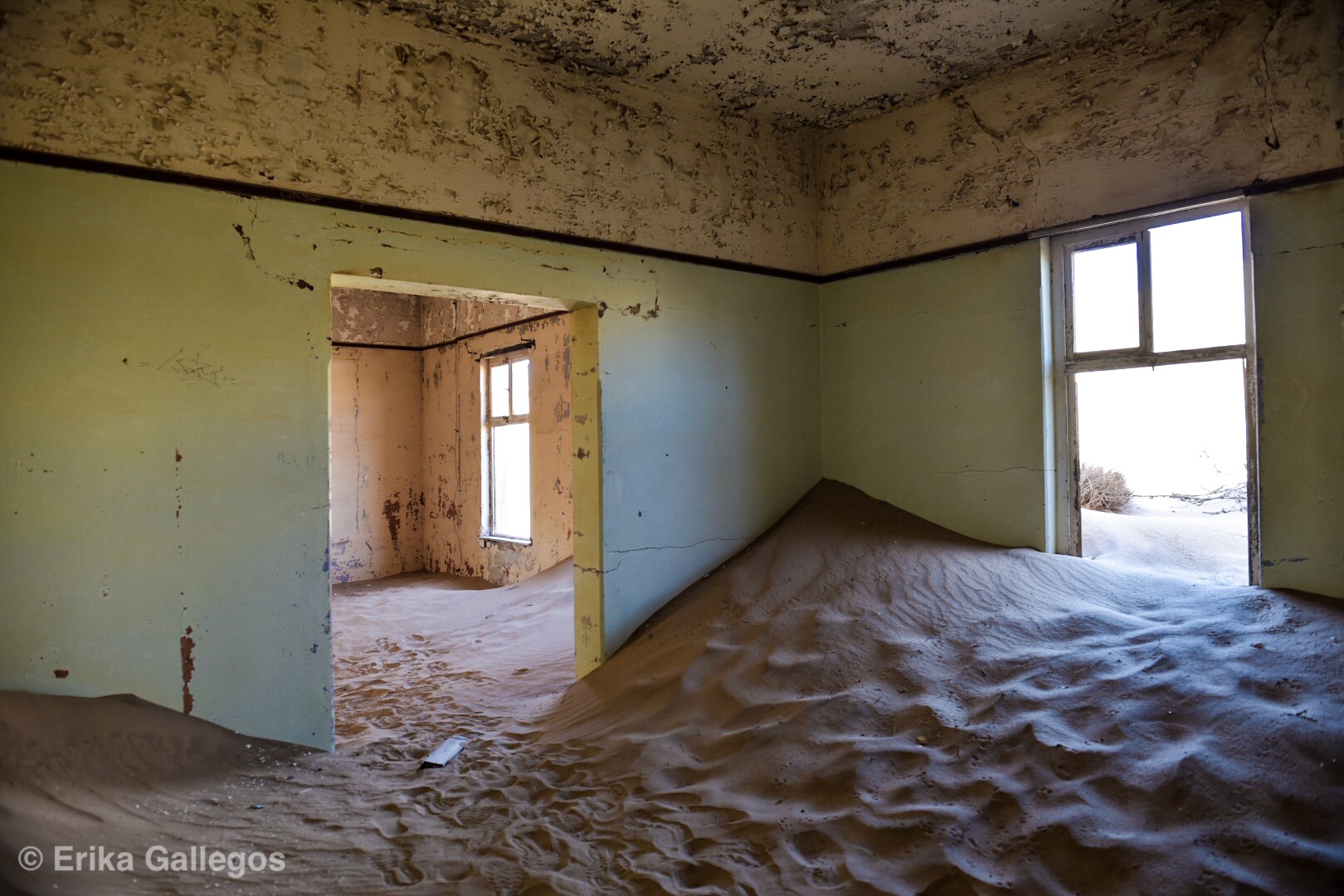 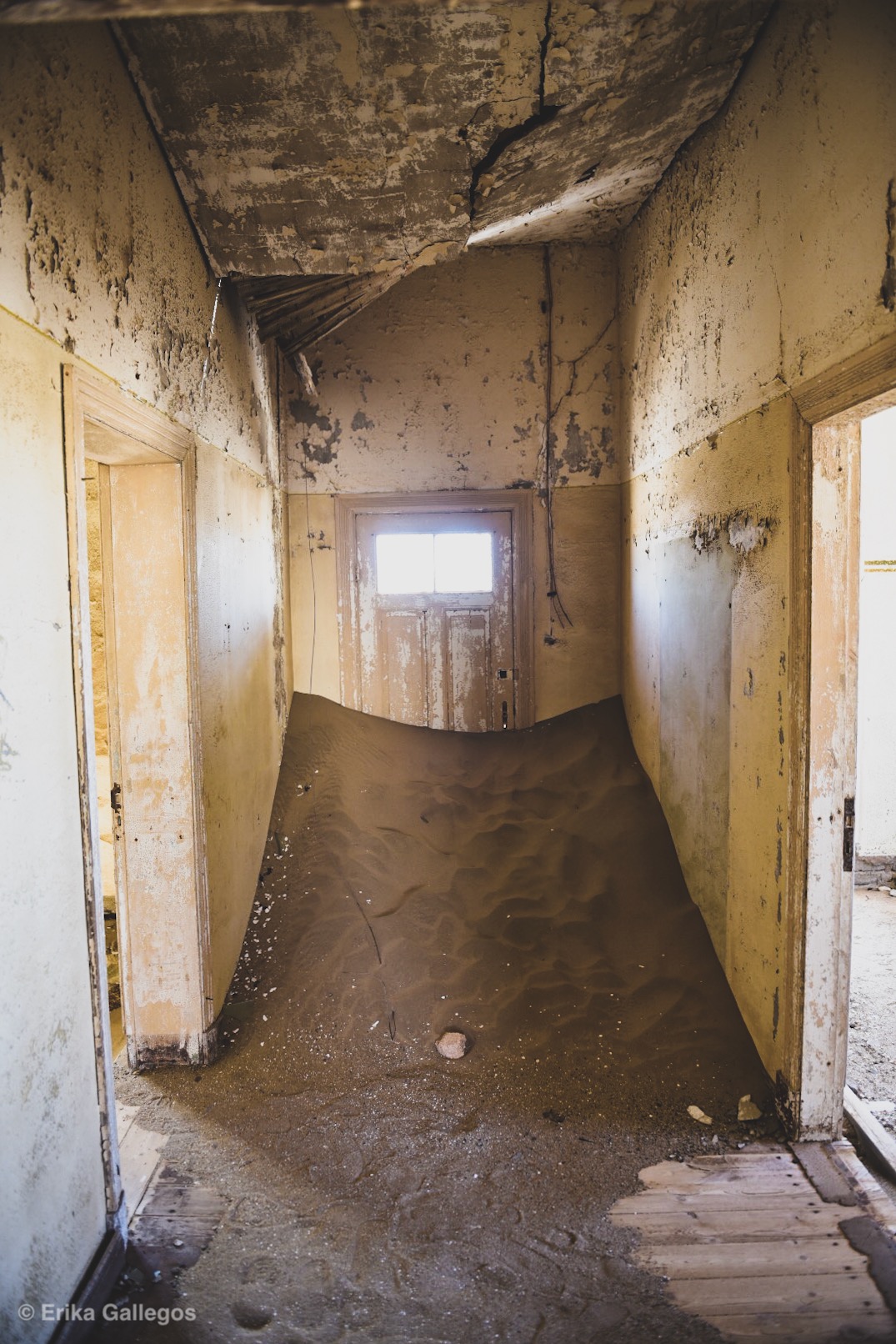 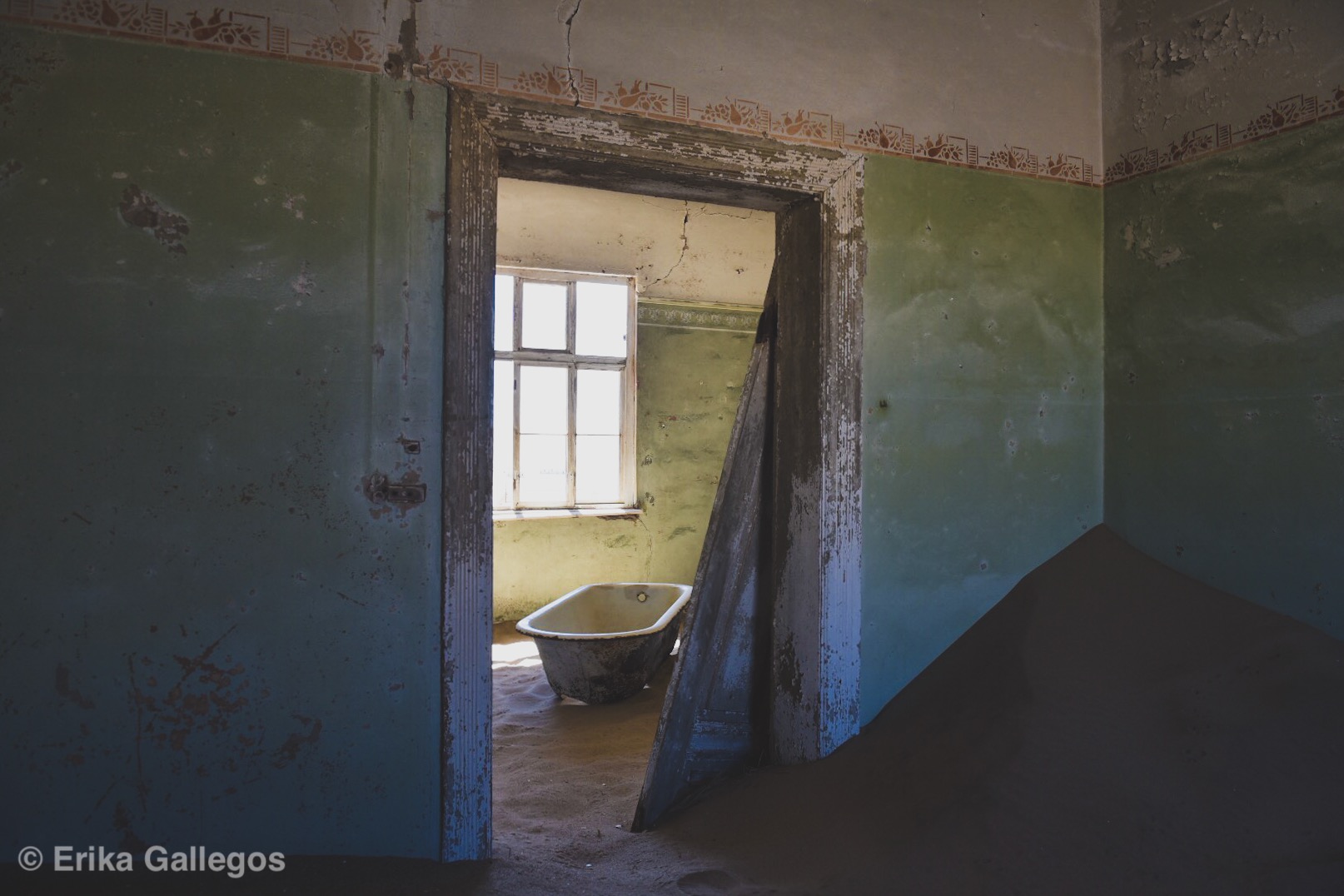 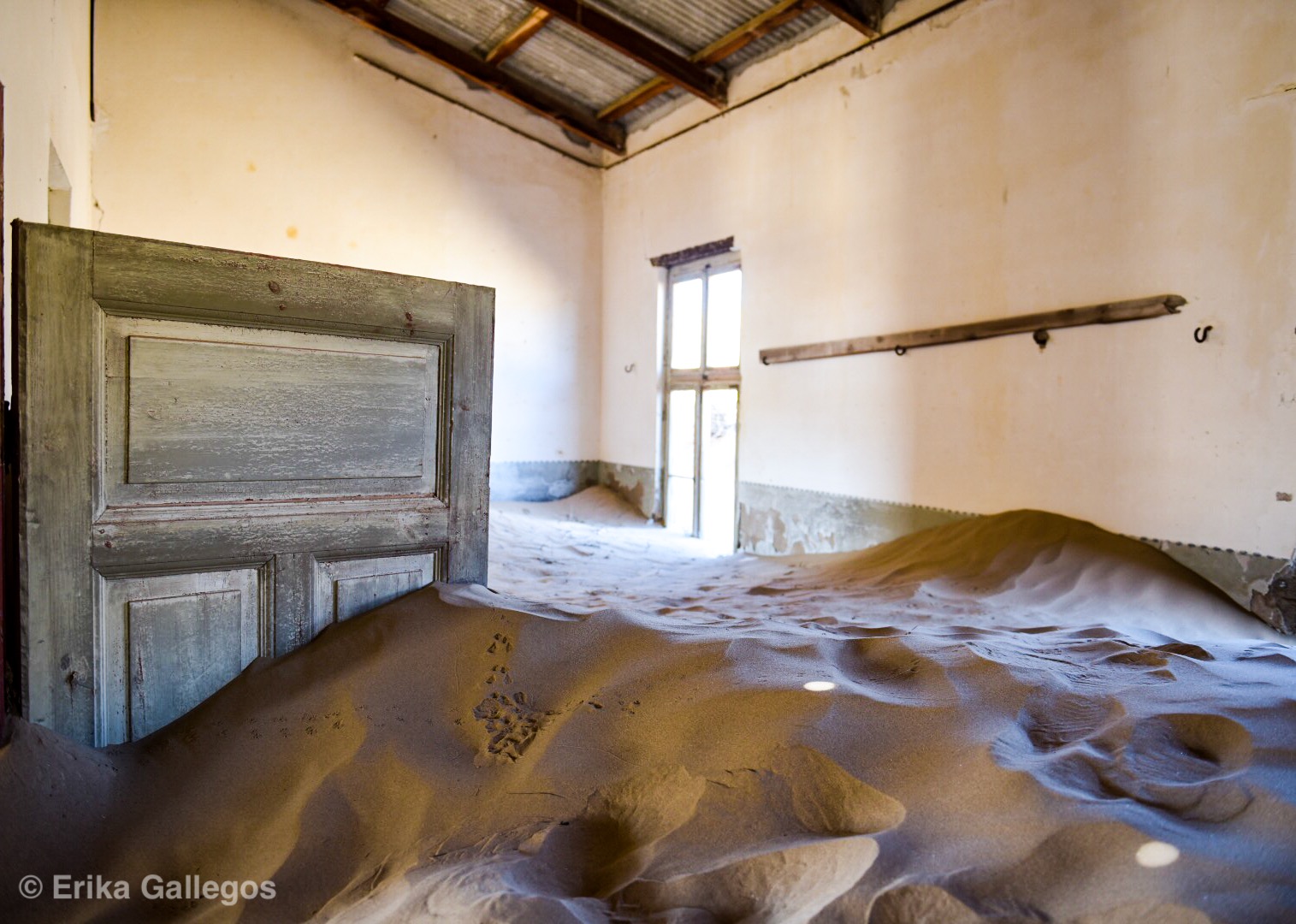 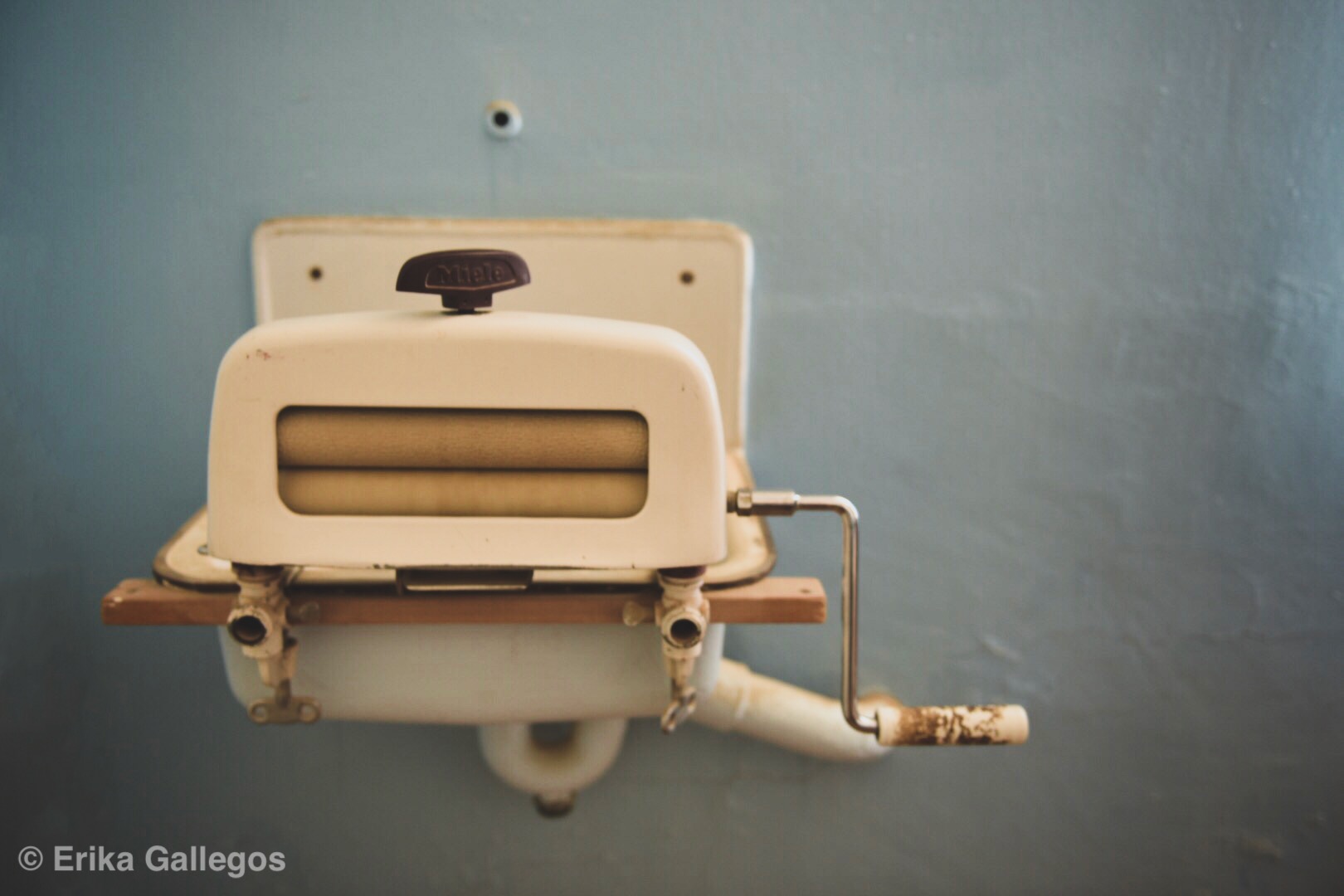 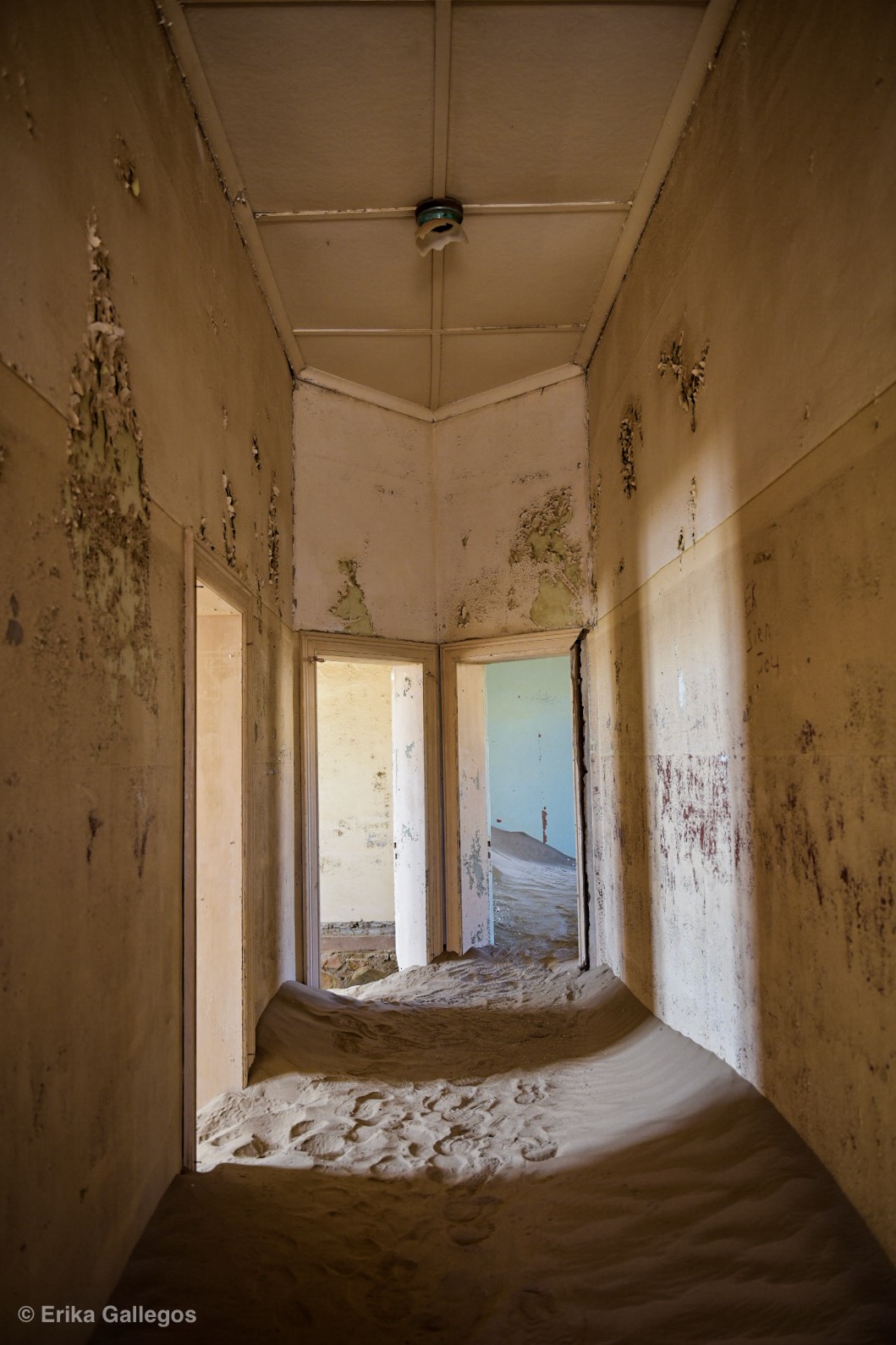 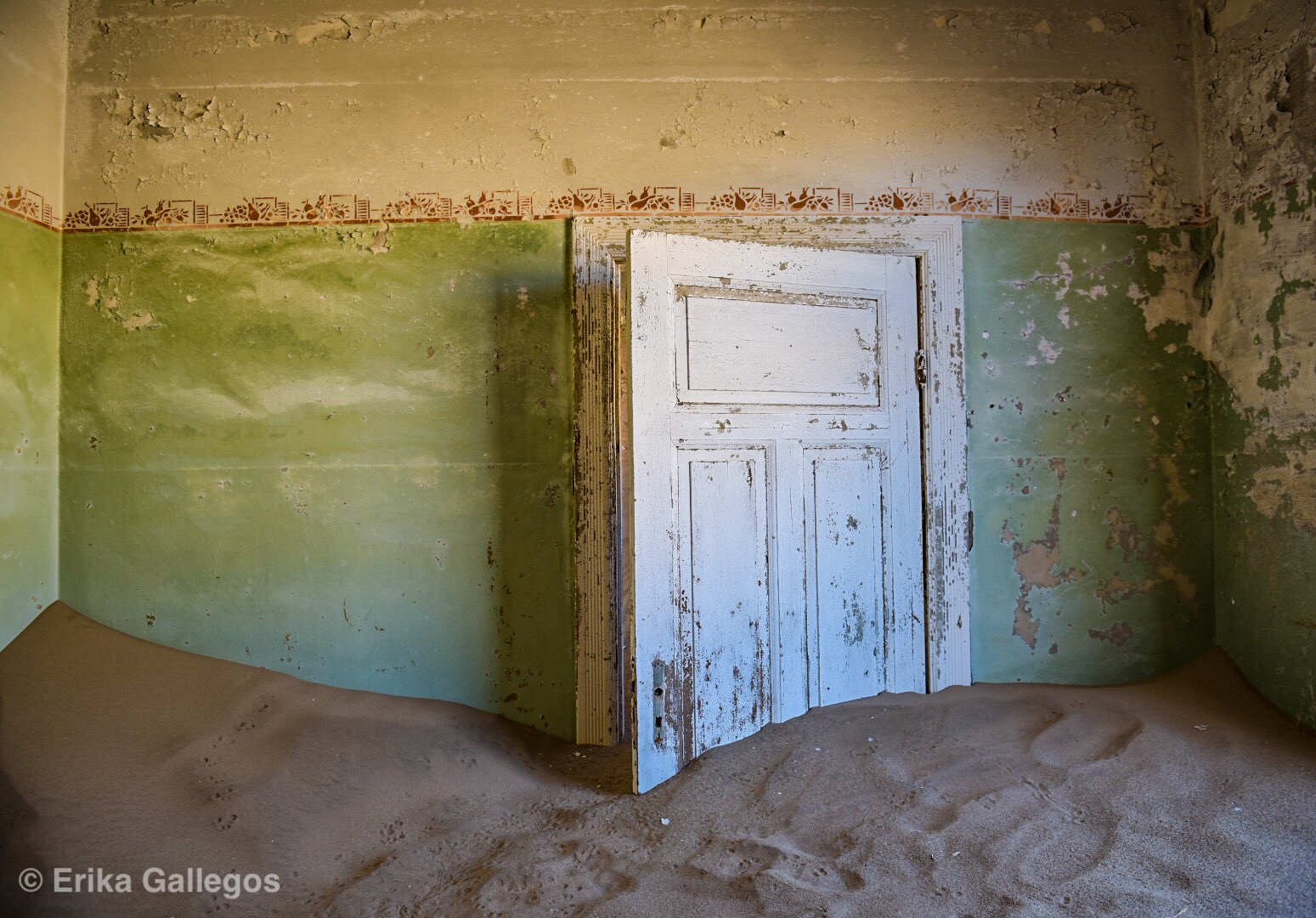 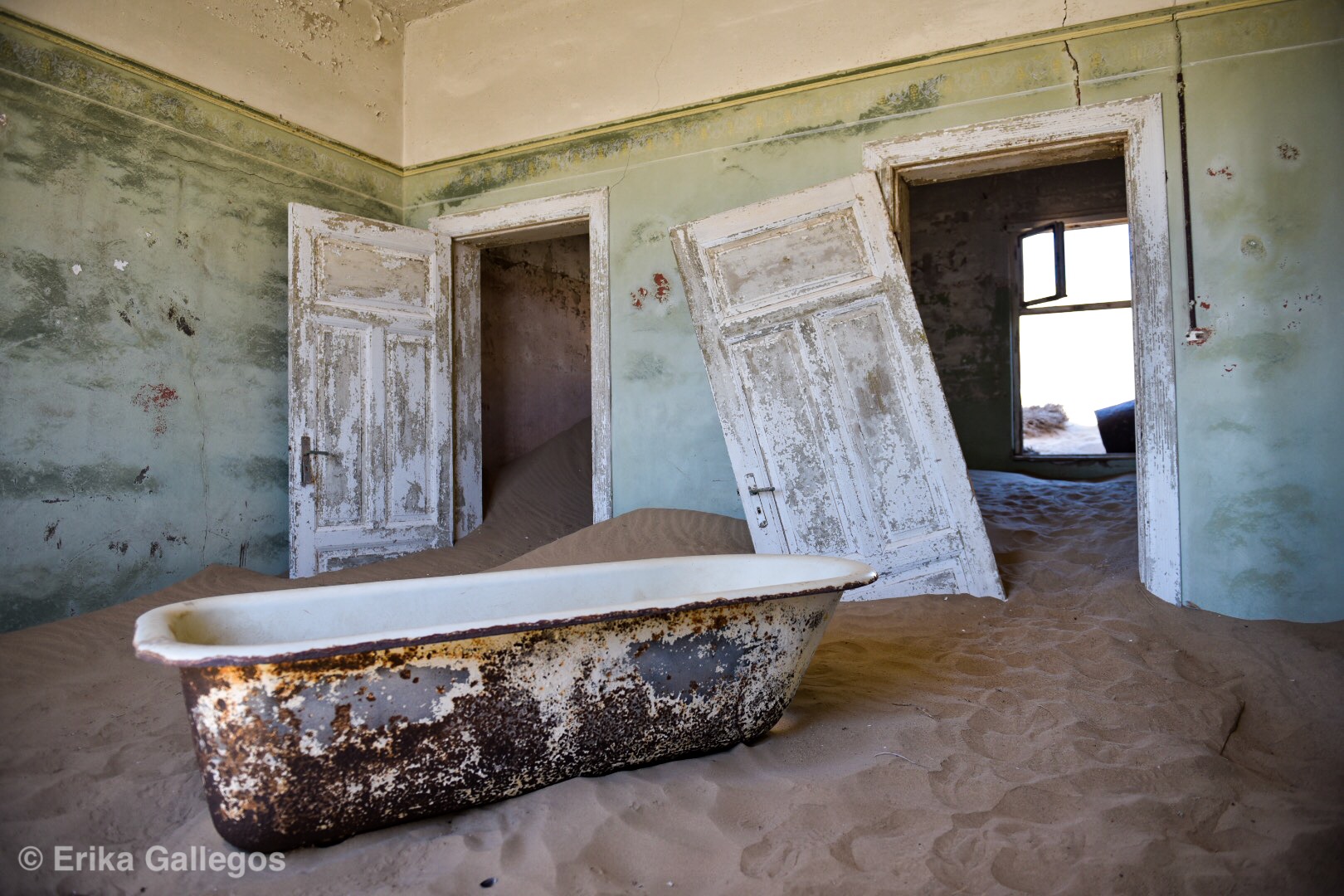 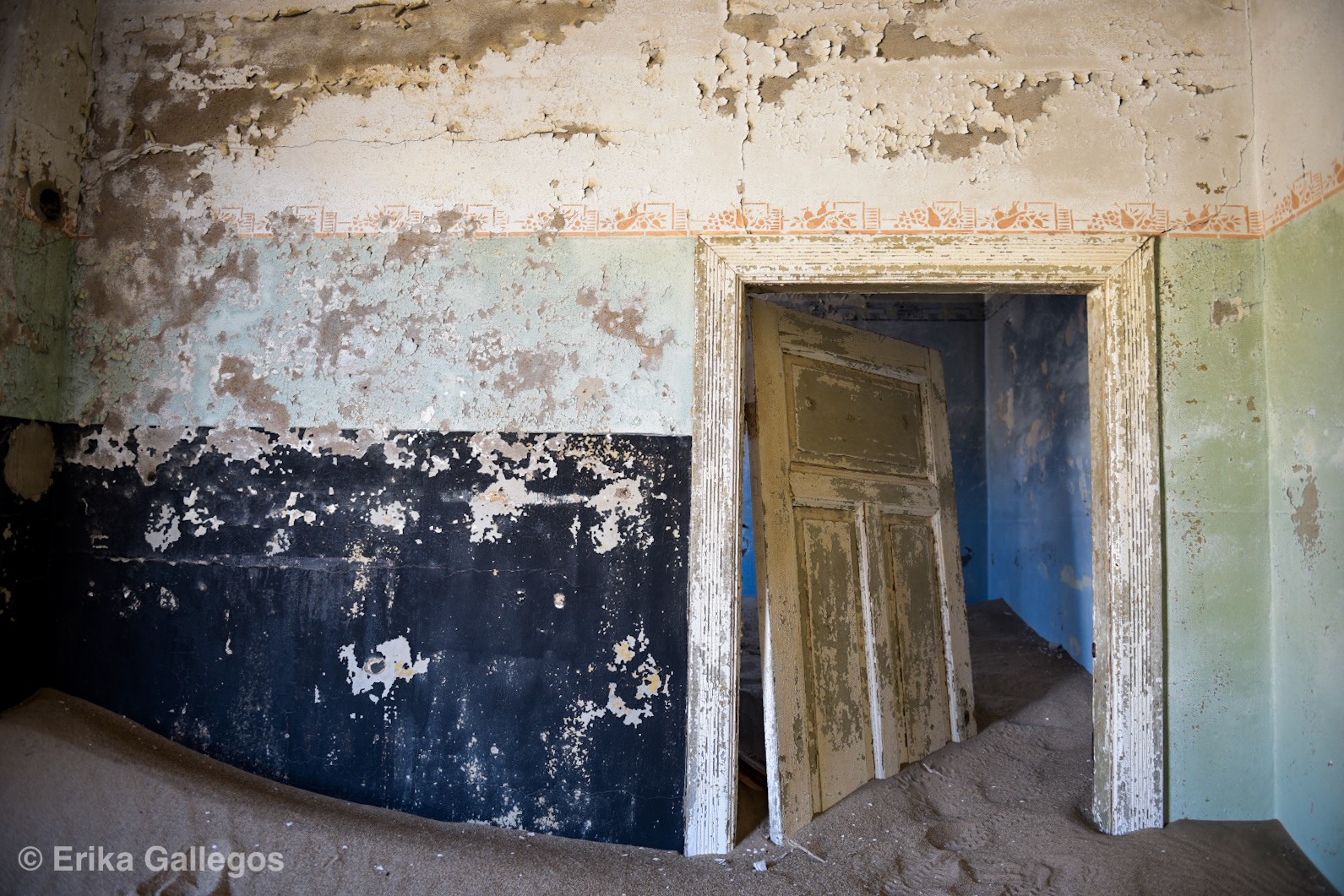 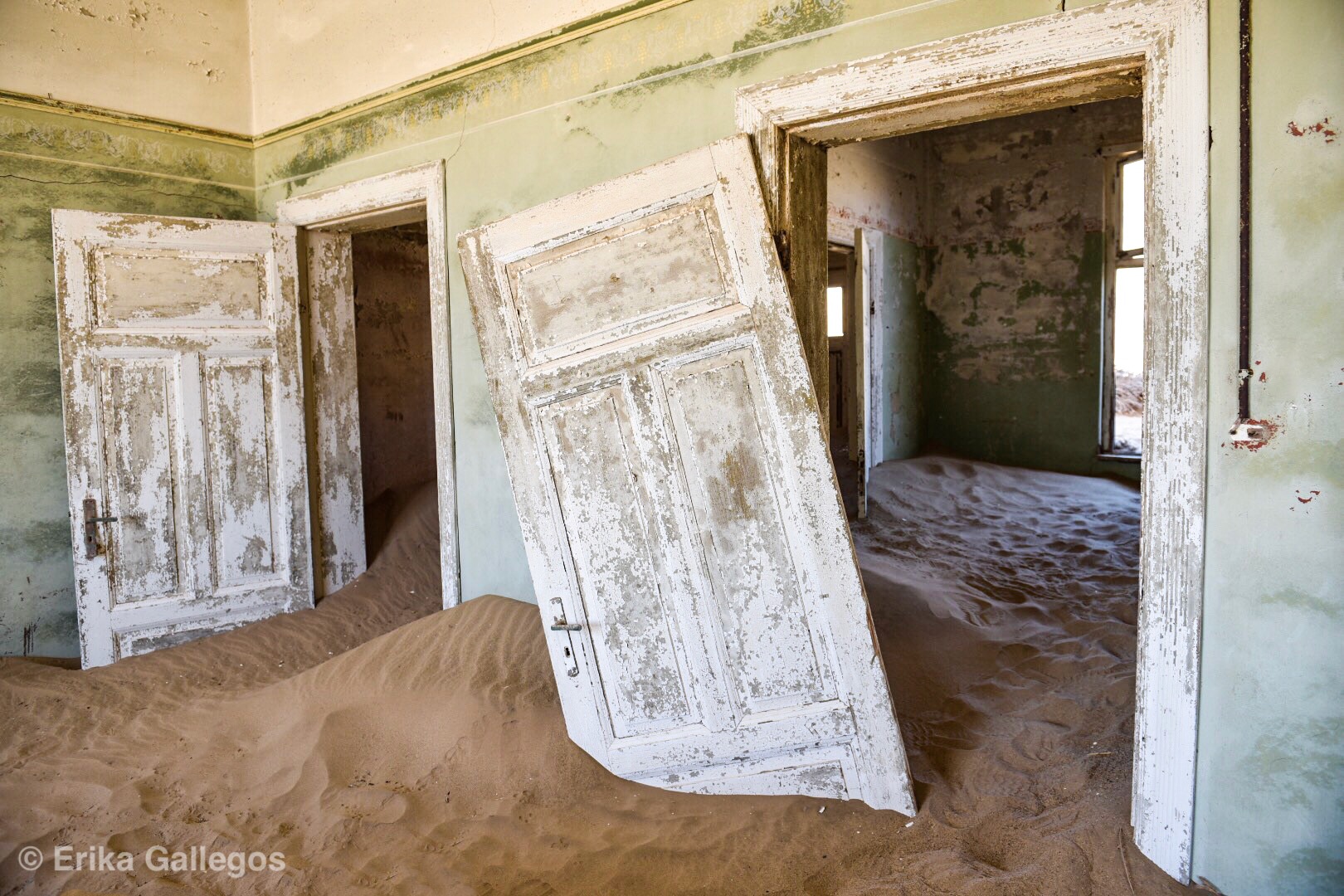 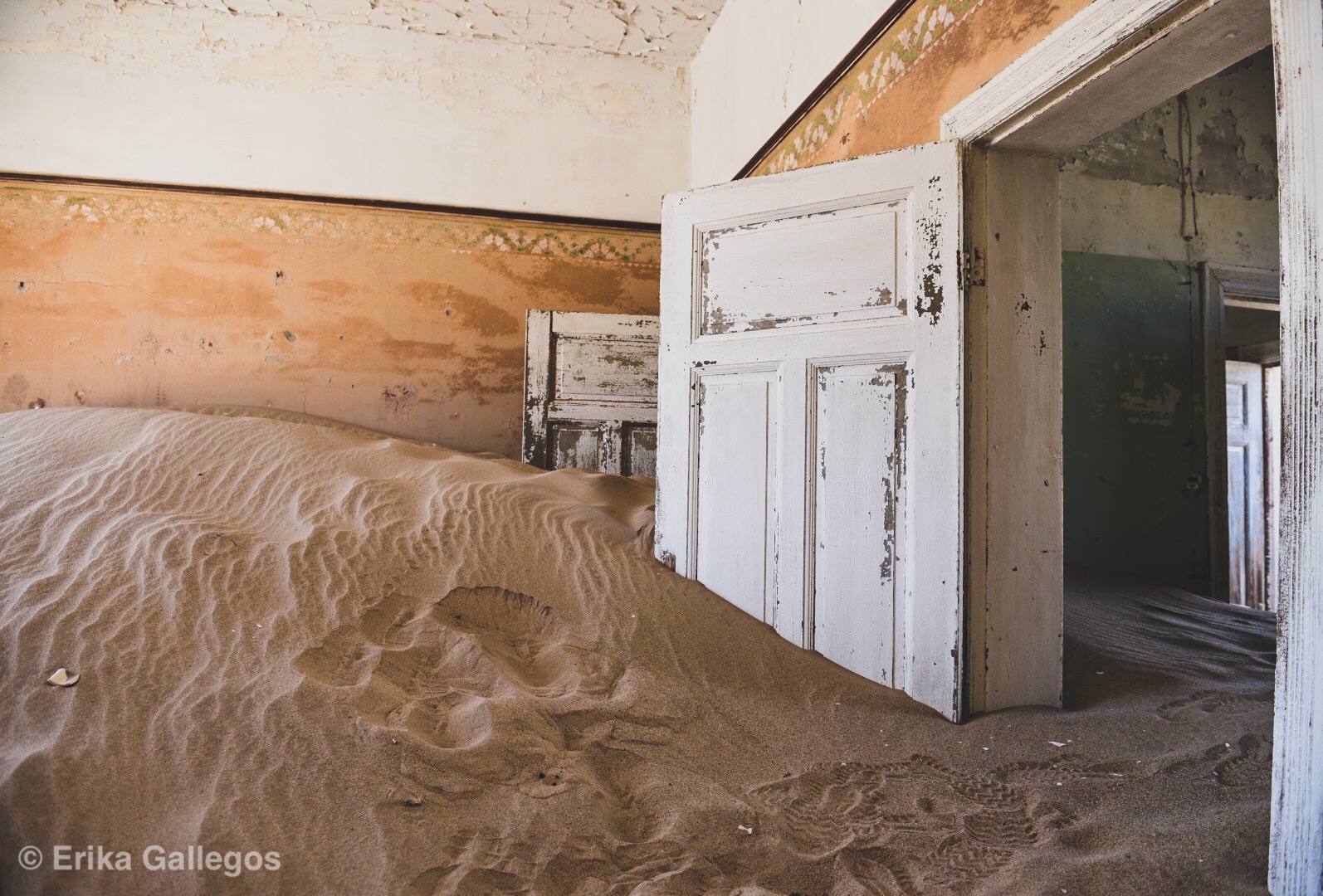 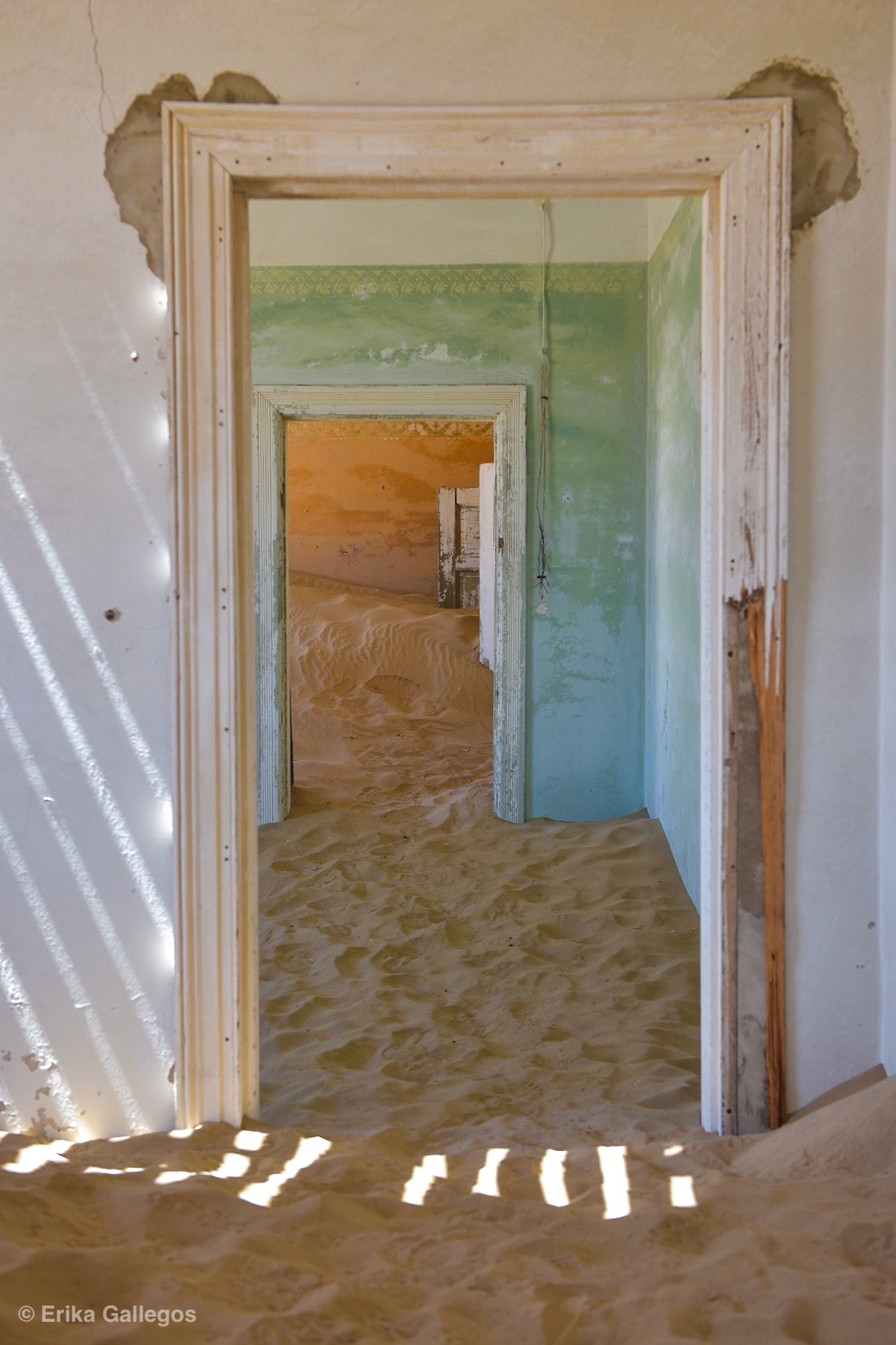 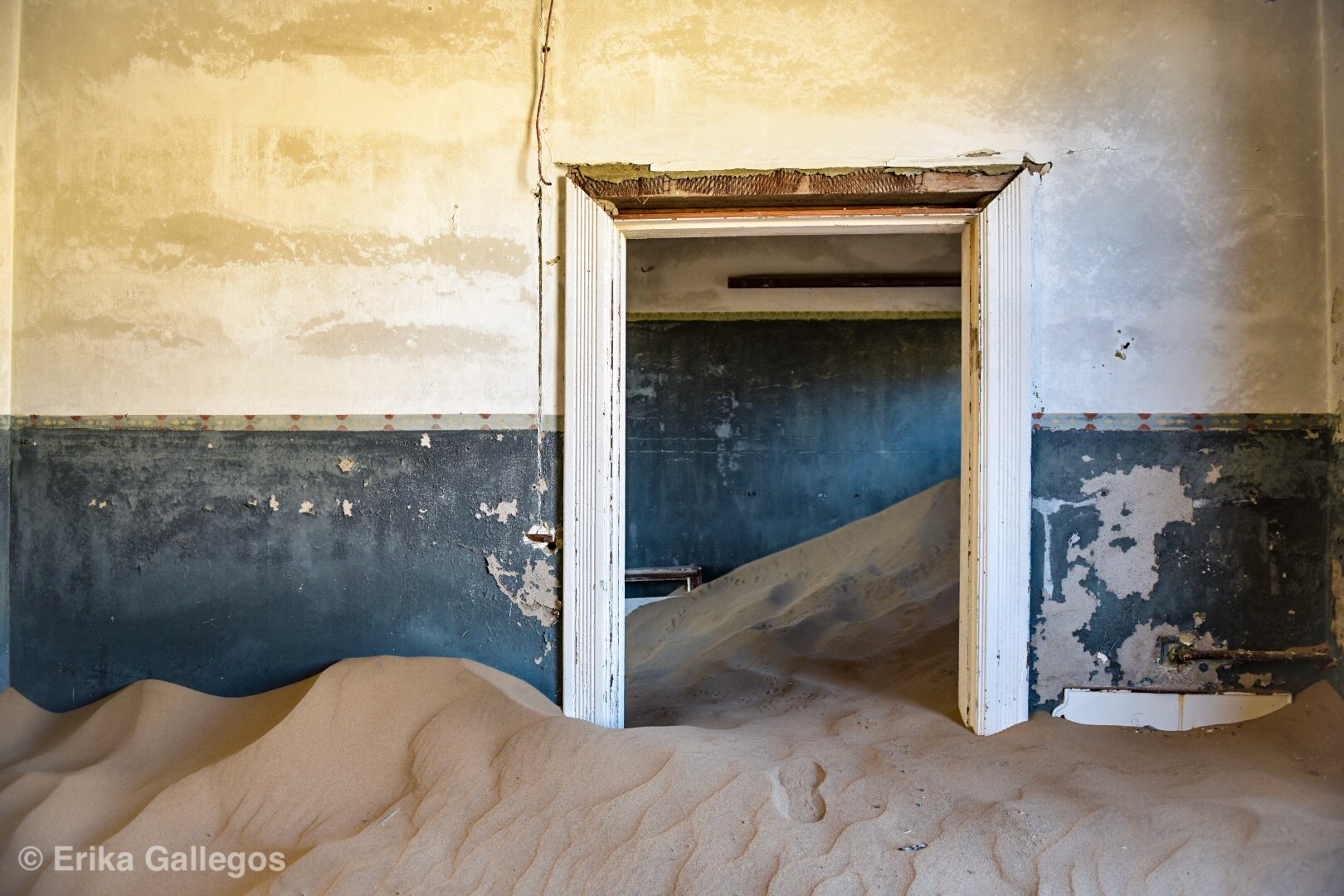 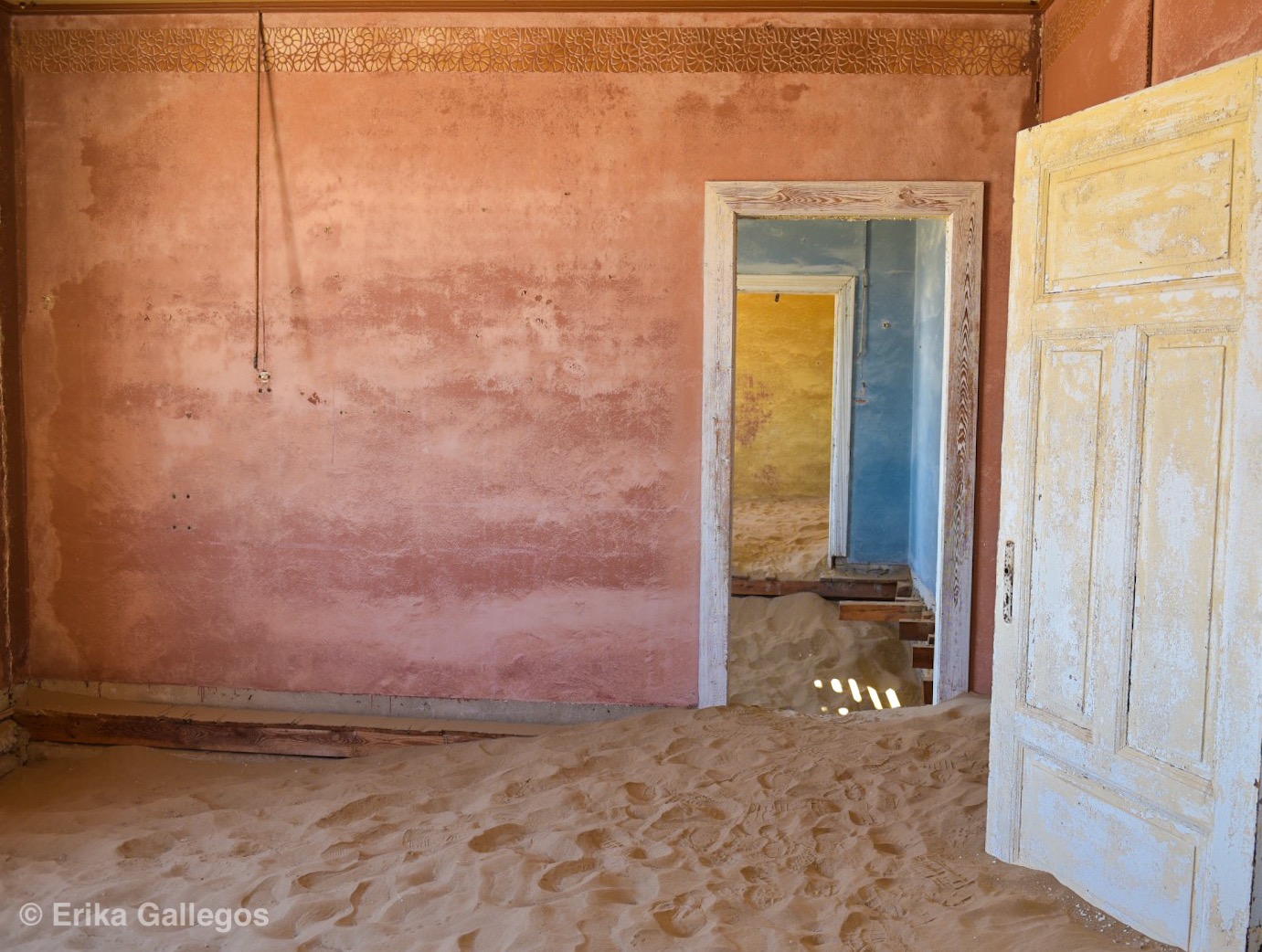 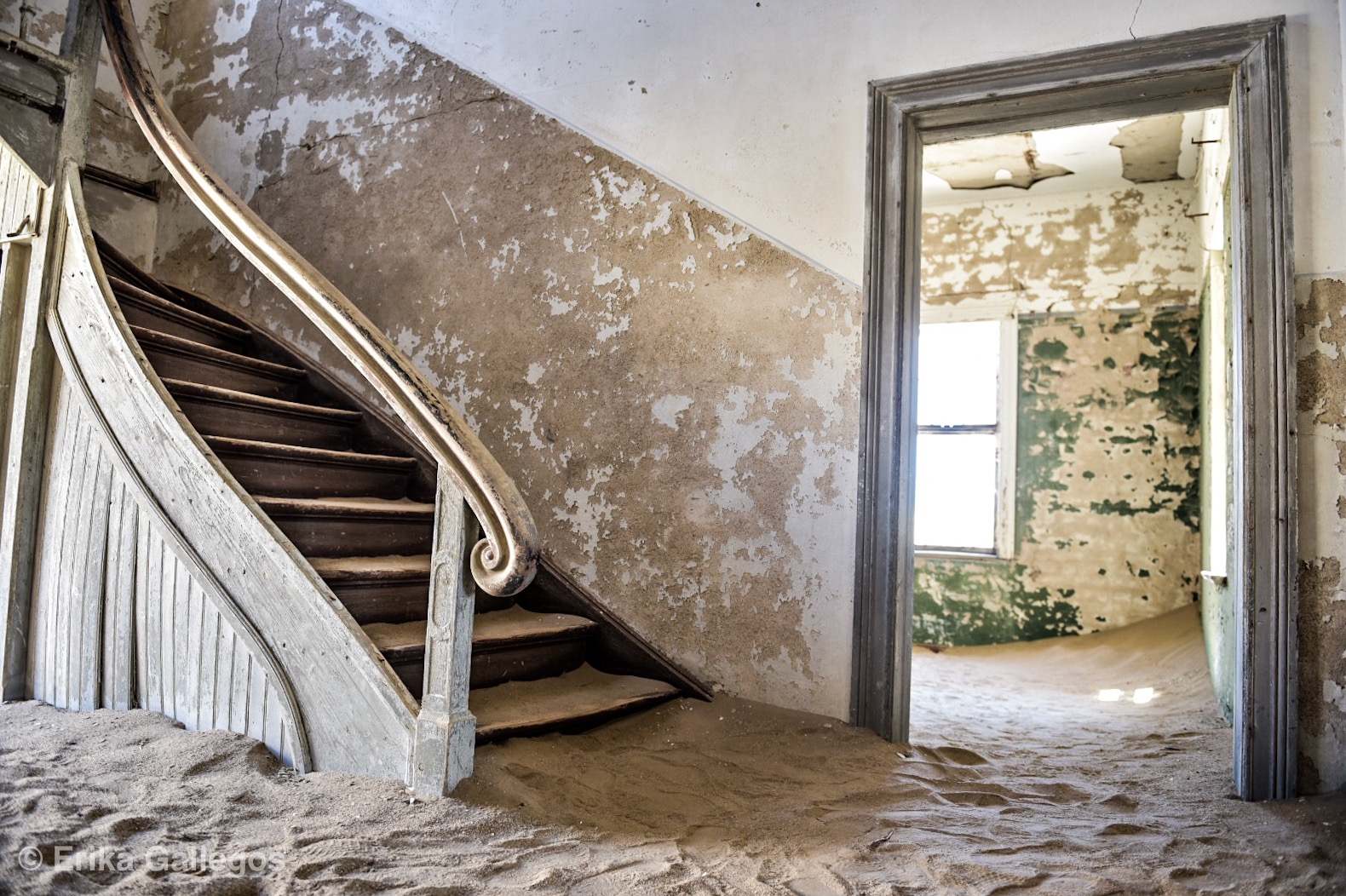 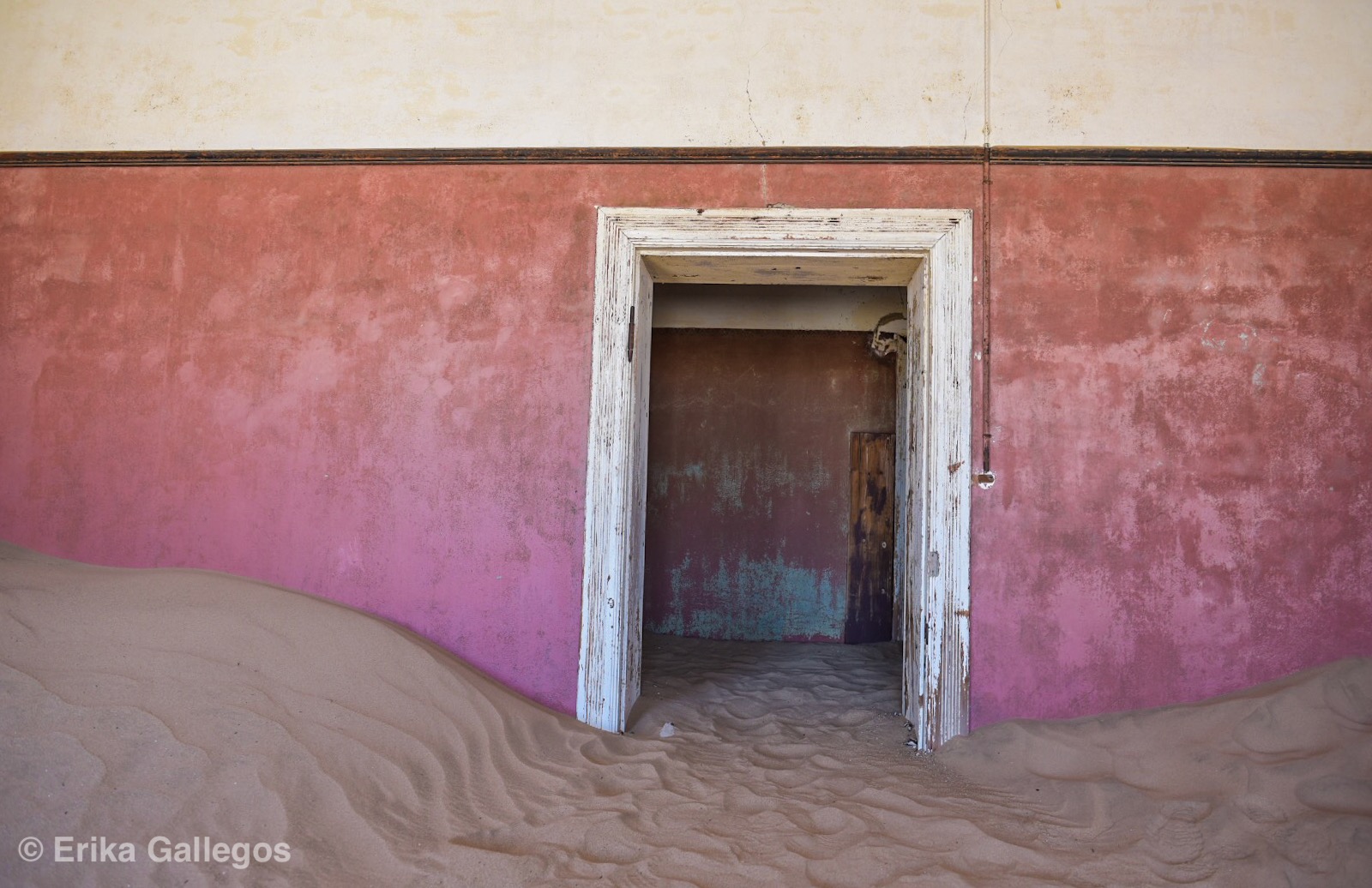 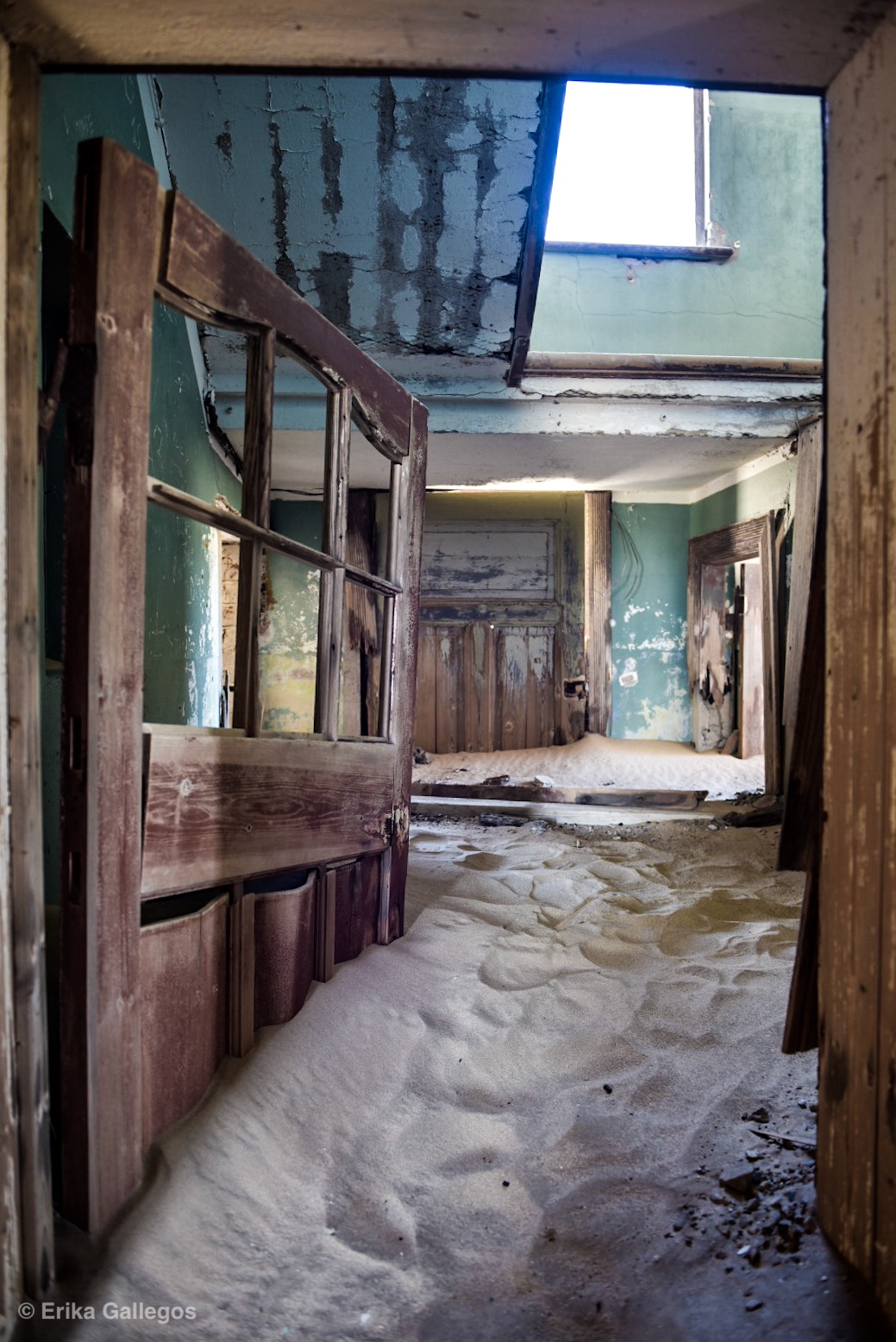 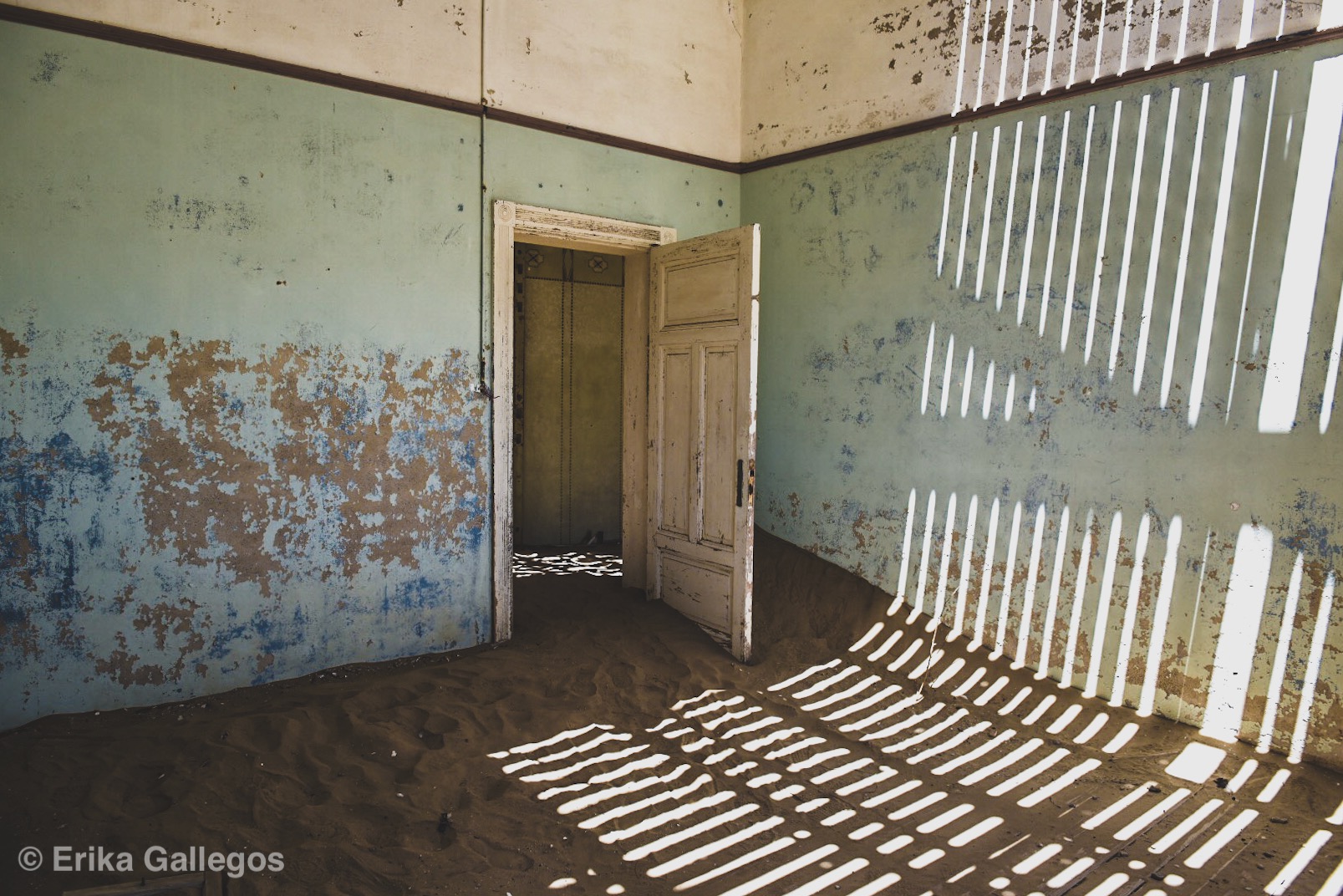 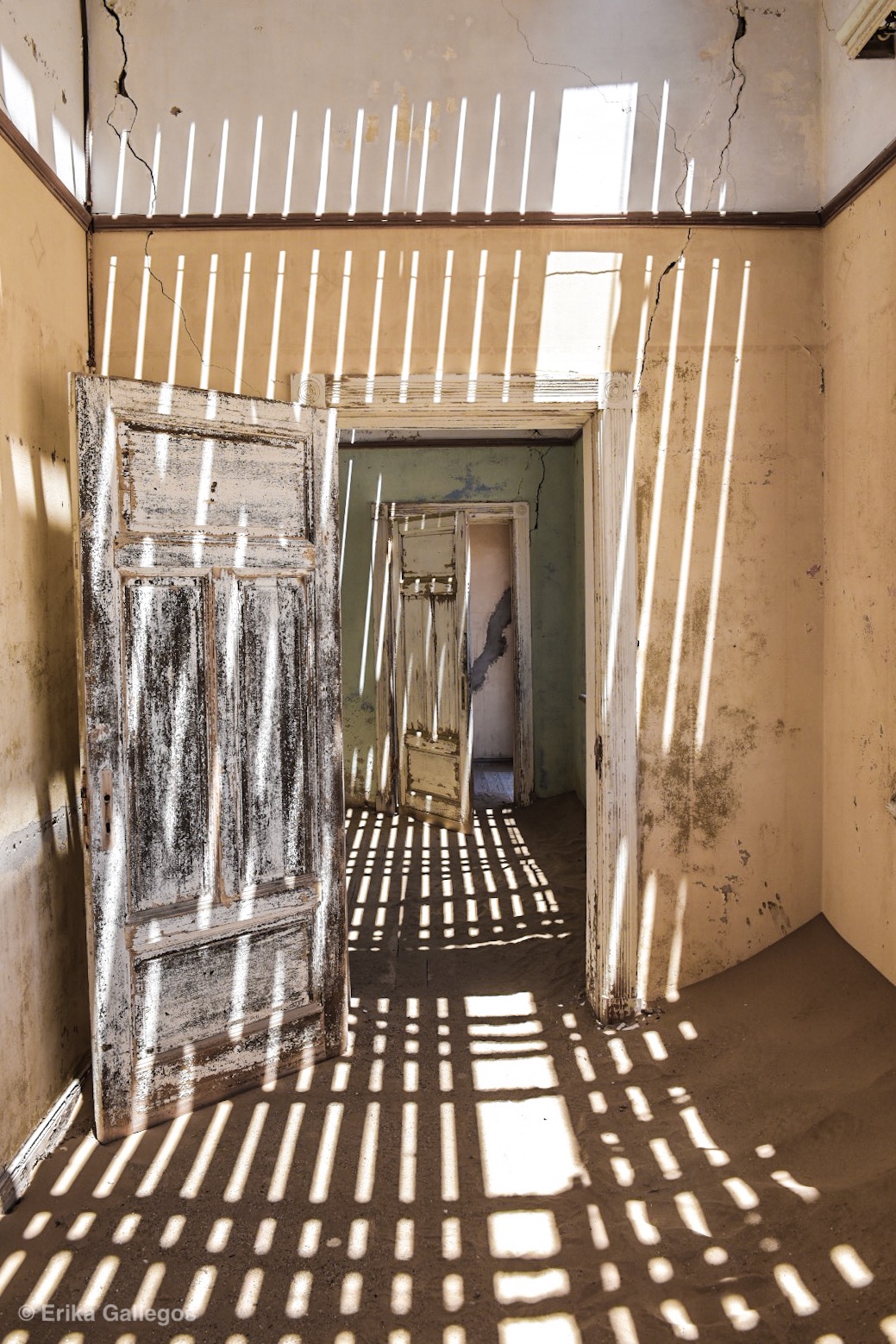 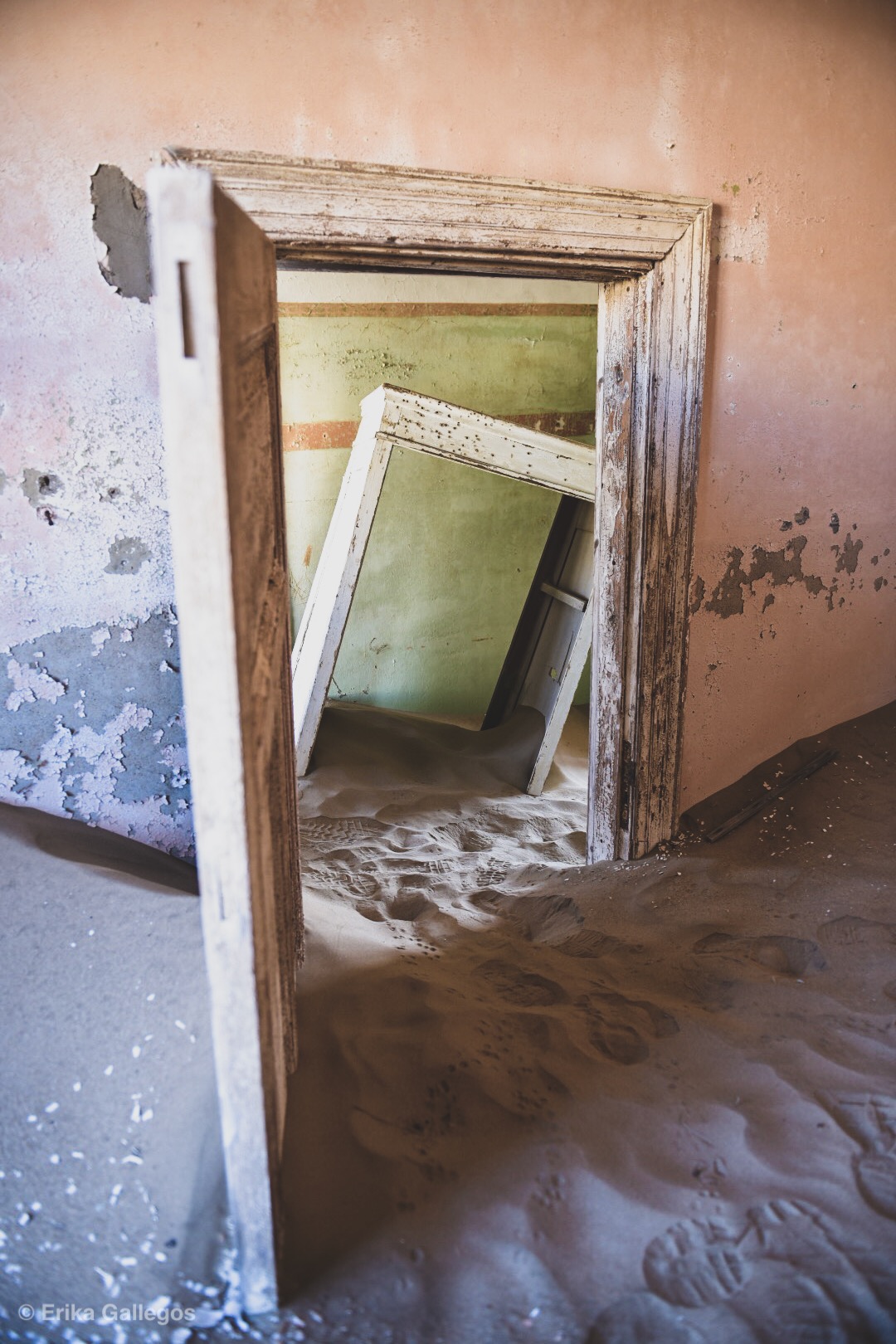 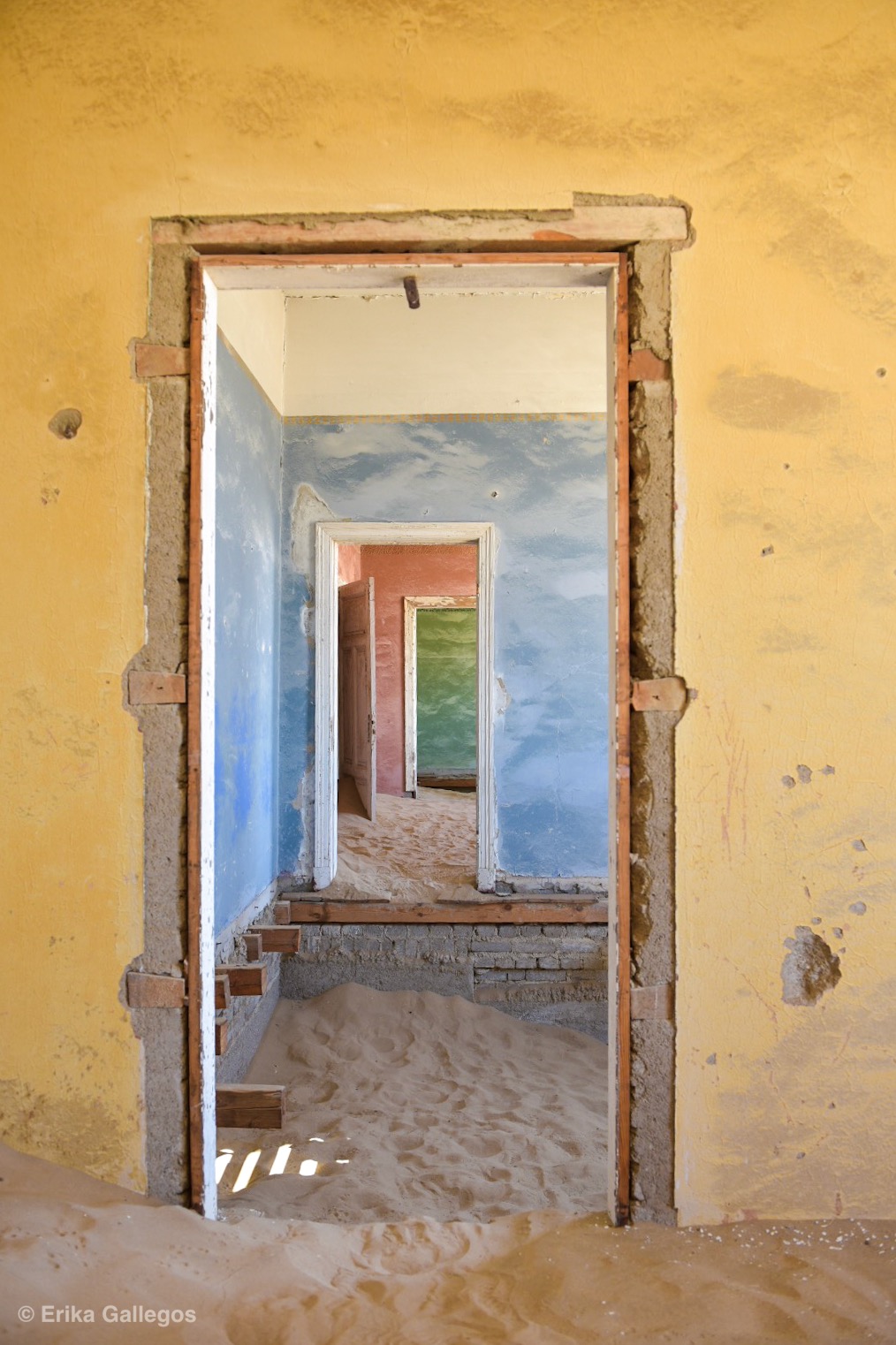